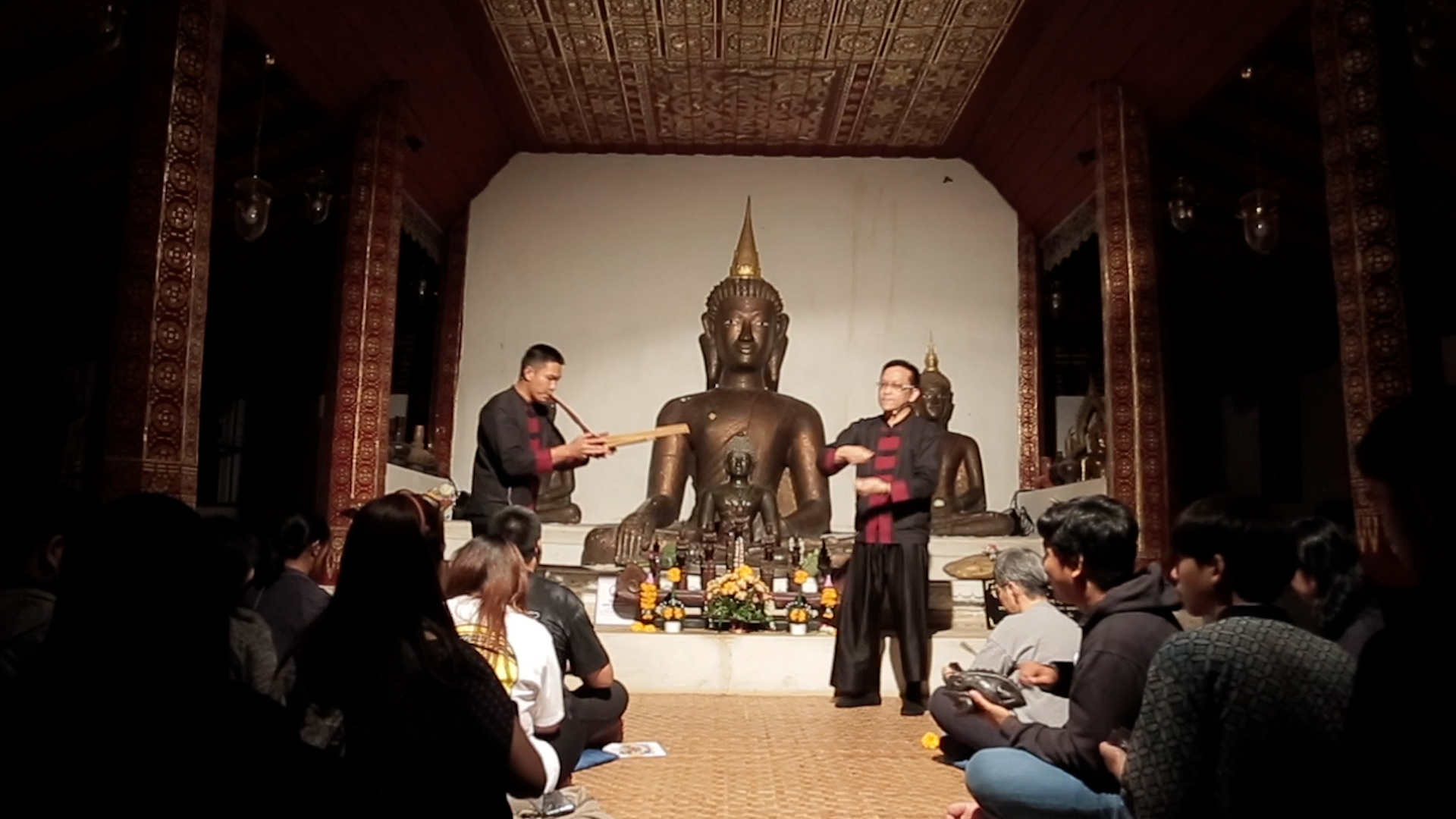 Team Thailand was formed in summer 2022 by the initiative of Narumol (Kop) Thammapruksa, a theater artist with strong ties to Japan. Other artists based in Chiang Mai, the central city of northern Thailand, subsequently joined.
The artists boldly deconstructed the original version of Tera performed in Tokyo and created TERA เถระ, an original production of their own. New elements relating to views on life and death were incorporated, such as philosophy and scripture of Thai Buddhism and Tibetan Buddhism, traditional culture, music, and myths of Northern Thailand, as well as Western philosophy, meditation, Butoh dance, and children’s literature. The performance was held at Pha Lat temple located in Doi Suthep National Park in Chiang Mai. In this precinct in the mountains, the performance proceeded while the audience, led by the performers, walked from outside the gate toward the main building.

Shigeru Okamoto, a painter, is asked to make a replica of a huge mandala by a monk. In the painting process, he gets drawn into the world depicted in the mandala. Meanwhile, an elderly housekeeper named Kae Yamada, watches him while taking care of a calico cat she brought home.
Based on The Cat Who Went to Heaven (1930), a children’s novel by Elizabeth Coatsworth, the stories of various characters travel beyond space and time, from early postwar Japan, in which Shigeru and Kae lived, to Thailand, India, and Tibet. While some elements of TERA in Japan are left intact—such as the question-and-answer session, in which the musician poses 108 questions to the audience, and Buddhist chants by the monk of the temple—the work has been wholly reenvisioned to vividly reflect the beliefs and views on life and death held by the Thai people.

In late Octover in 2020, right after the “TERA เถระ” performance in Chaing Mai, Thai and Japanese artists had a public online meeting, and they viewed the recorded video of the show and discussed what was happening in the project.